There are so many lovely areas to explore in the Flint and Spring Creek Watersheds. The picture above is from a stand of pine trees at Cuba Marsh, a Lake County Forest Preserve property along the East Branch of Flint Creek.  There are great walking and biking trails in the Marsh, and a boardwalk trail over part of the Marsh. 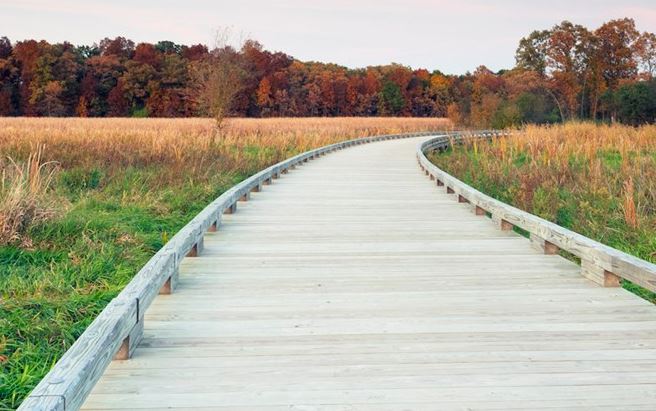 The Marsh is welcoming in all seasons – spring, summer, fall and winter.  One can spot deer, coyotes, birds of all kinds, and other wildlife.  Many area residents seem to walk the area regularly – their workout routine.

To spot some of the natural denizens of the Marsh, you may need to be alert for those clever with camouflage, like the yellow crab spider in the flower below.

Check the Lake County Forest Preserves website for their schedule of events. 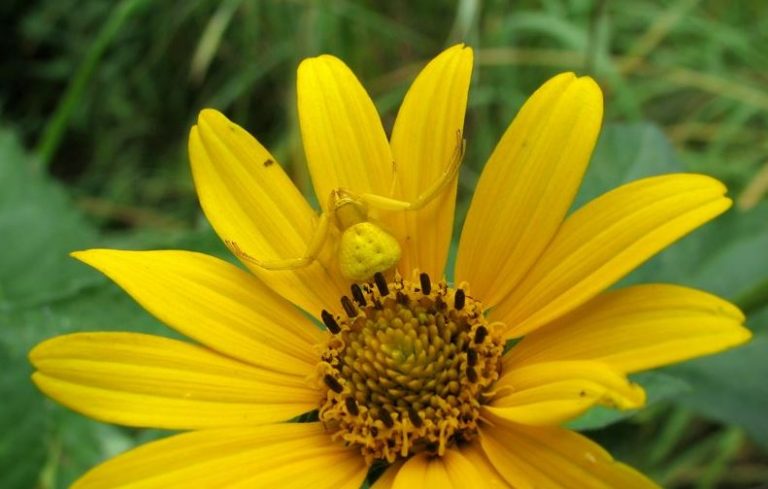 Other areas to explore include the Crabtree Nature Preserve (part of the Forest Preserves of Cook County), Stillman Nature Center, and more.

To learn about more areas open for exploration, it is helpful to volunteer with some of  the citizen groups and forest preserve volunteers that work to restore and maintain natural areas.

Restoration, reseeding and maintenance is an important activity for reclaiming and preserving our natural areas.  The Flint Creek/Spring Creek Watersheds is fortunate to have hearty citizen volunteers who work on our lands.

Citizens for Conservation (CFC) is one of the oldest volunteer organization in the area, and it hosts cheerful workdays, controlled burns, seed gathering and distribution.  They work in collaboration with both the Lake County Forest Preserves and the Cook County Forest Preserves, and host work days on most Thursdays and Saturdays.  They welcome both experienced and novice volunteers, and are delighted to share their expertise.  Call 847-382-7283 for more information. 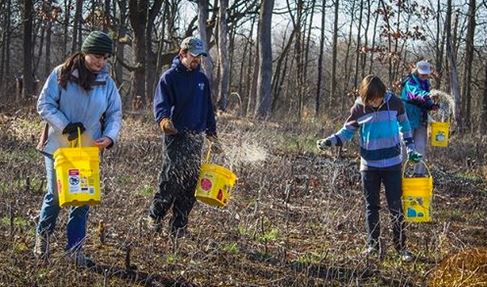 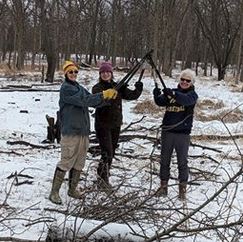 The other tabs under this header of Explore and Restore address topics such as the economic value of recognizing the contribution that natural areas make to our well-being, including references to studies that document the economic benefit of protecting open spaces and working with nature.  Green infrastructure is very often the less expensive way to move forward.  Of course, some investment is frequently required to remedy the damage that has been done to many natural areas in order to restore their natural advantages.

For example, according to the Trust for Public Land and the American Water Works Association study of 27 water suppliers, the more forest cover a watershed has, the fewer dollars suppliers must spend in treatment costs.  For example – when 60% of a watershed is forested, average annual treatment costs are $297,110.  When only 10% is forested, average annual costs rise to $923,450. Those examples are for surface water sources, such as a river or lake.  While our water supply locally is from underground aquifers, there are towns on the Fox that do get some of their public water from the river.  Further, ultimately, there are connections between surface and groundwater.

Berks County in PA, has found that riparian buffers (plants and trees along streams) and wetlands are natural systems that provide flood protection, water treatment, pollination and fauna to the local economy.  They have found that riparian buffers cool streams to enhance aquatic habitats, filter sediments and pollutants, preventing them from entering streams or lakes, stabilize river and lake banks, reducing bank erosion, and provide a measure of flood mitigation.  Think about it.